Despite the weather, the ending and passing of Hurricane Raymond and the brushing of Tropical Storm Sonia on Saturday and Sunday, a good experience and fishing event was had by all. This weather rewarded us with some beautiful sun rises. 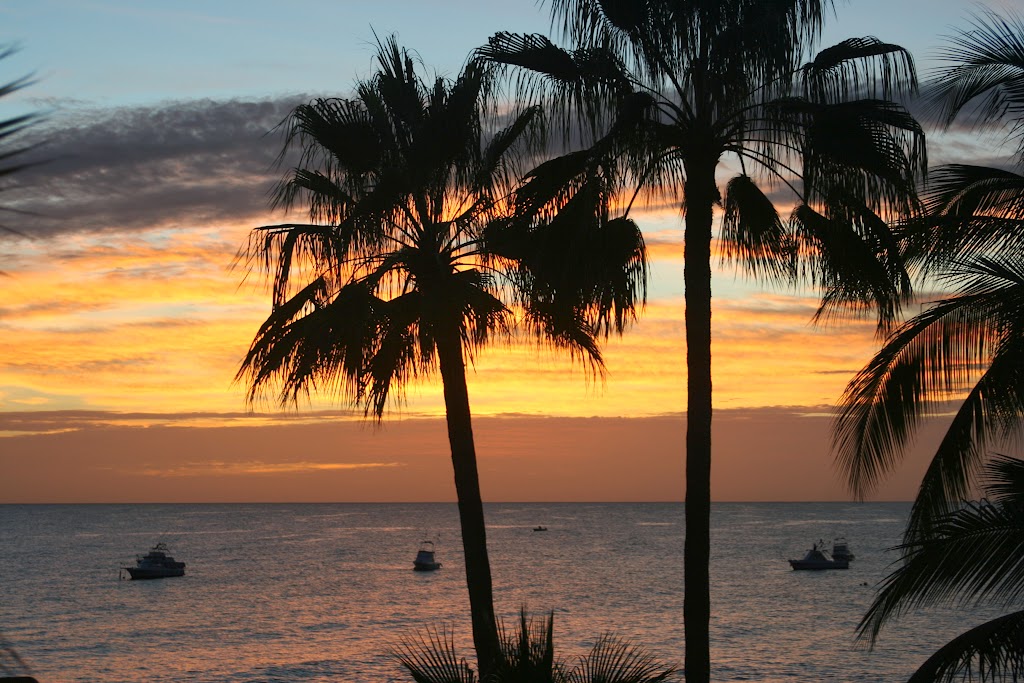 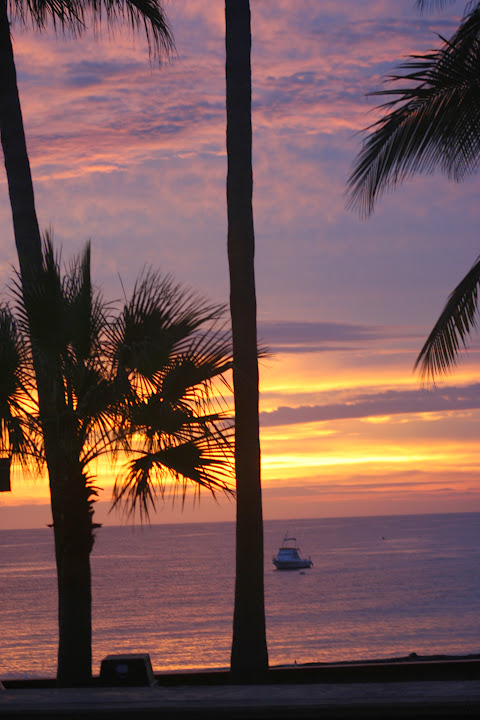 A very special event was the releasing of 300+ baby turtles on Friday evening and another 200+ babies on Tues. morning just before our departure.  Prior to the protection of Turtles, we were lucky to see one on the water, let alone one laying eggs, as seen below. Check out more photos of mama and baby turtles  in our post, “Baby Turtles!”

This will be just another reason to come to the fall event. Because of Noe and other concerned persons, I bet the turtles’ rate of return being only one out of a hundred, will increase dramatically.

Generous donations were given to support this noble effort and “Fish With Me” will be accepting and collecting  donations from anyone interested and they will be given to Noe on our next trip:

21 Anglers and 11 Guests enjoyed the usual warmth and friendliness of the hotels employees and 21 Cruisers fished on this 6 day event.

Here are the lucky anglers receiving their awards, being named by Master of Ceremonies Mike Totey from Albany, Oregon and presented by Tammy Holman, Tucson, Arizona.

John & Jerri Kaeser from Seabeck, Washington treated their 4 siblings and their spouses to this 103rd Fish With Me event and what a great group this turned out to be.  As you can see, the guys were quite lucky, showing off the medals they won. 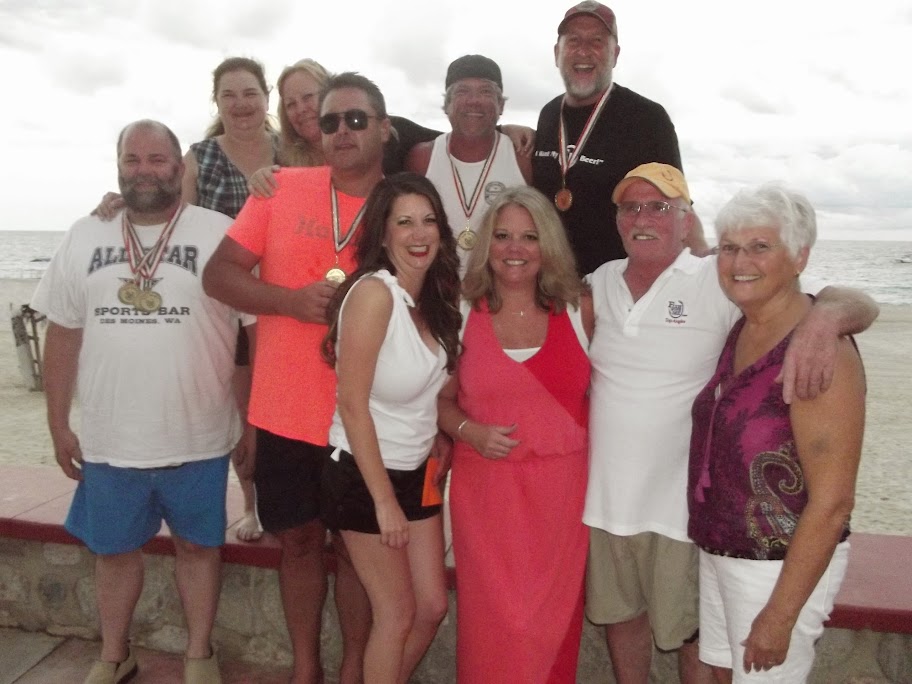 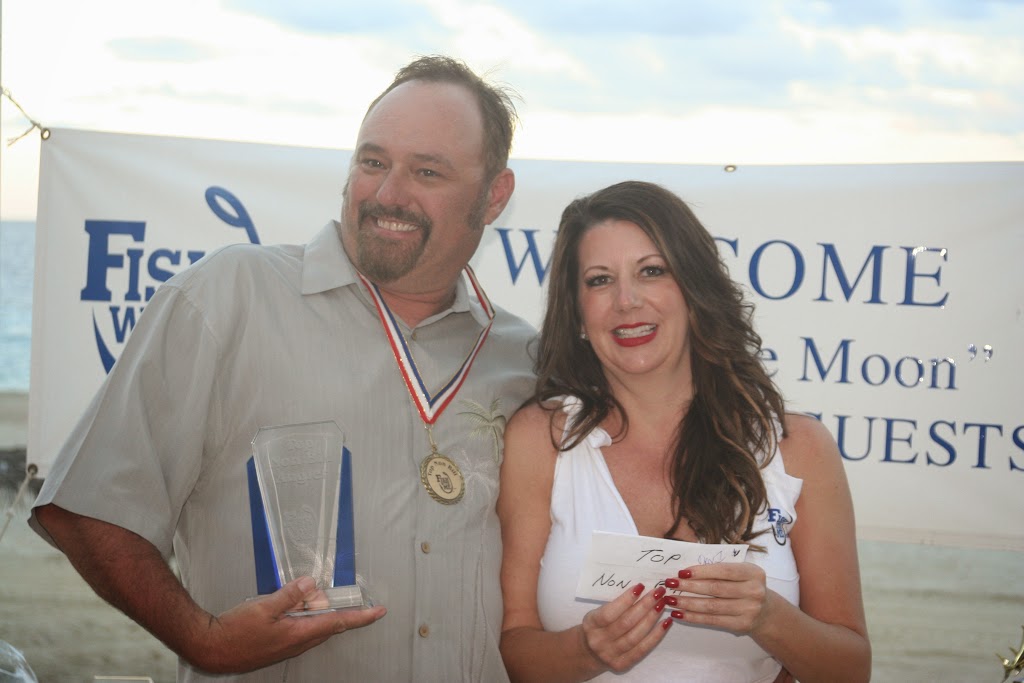 Second place was awarded to Tom Reese, Los Barriles, Baja.  Had he kept the Mako, Tom would have captured Top Non-Bill honors as well as Top Angler.  He did receive the second place Angler trophy: 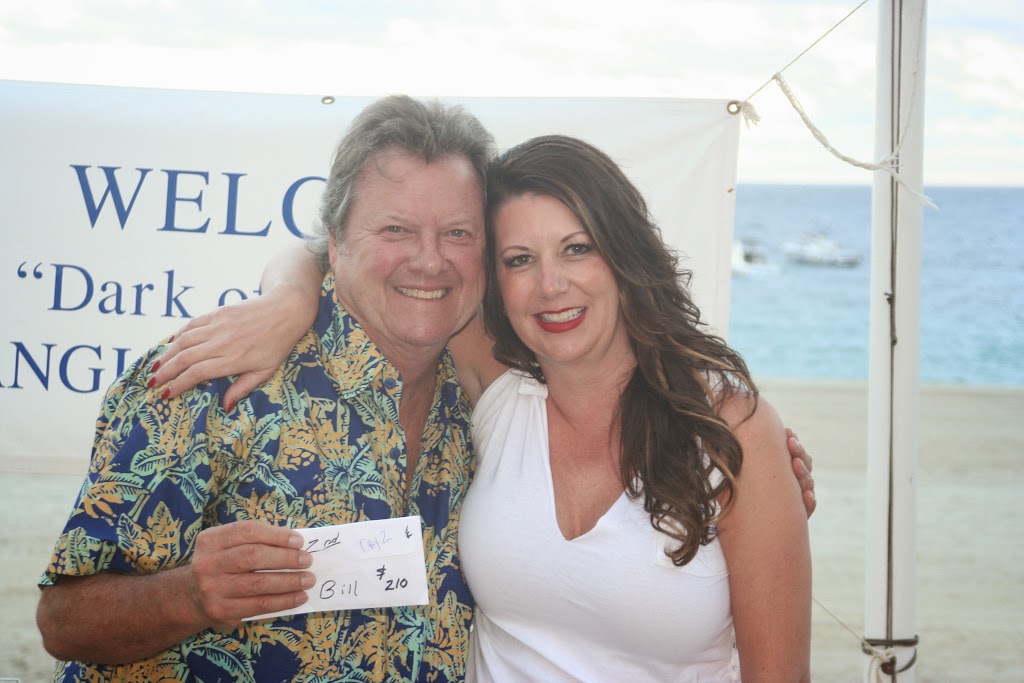 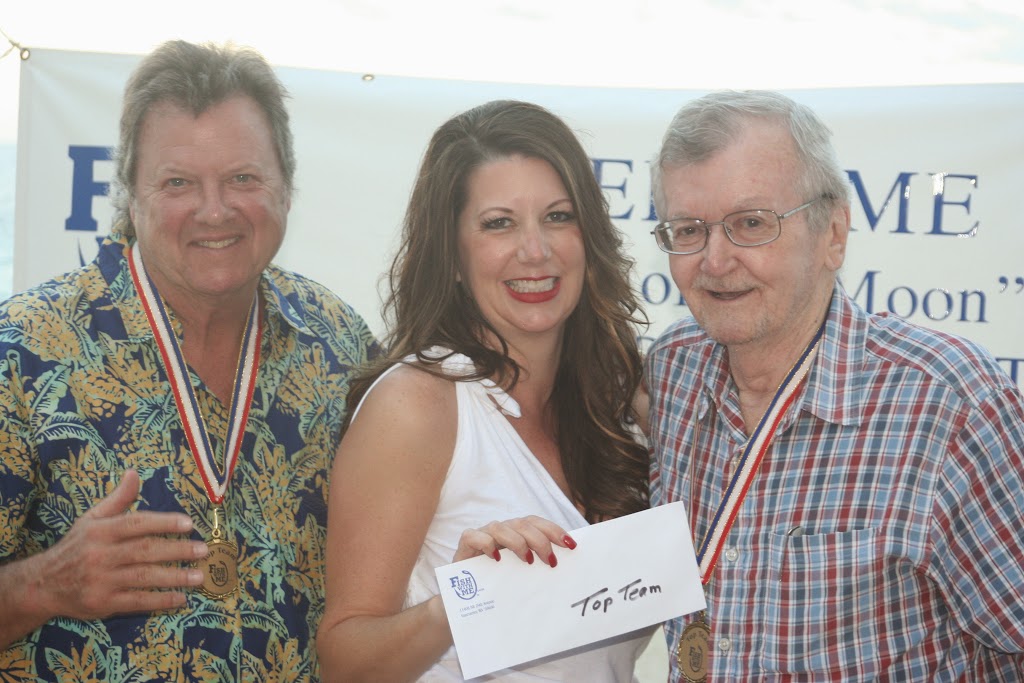 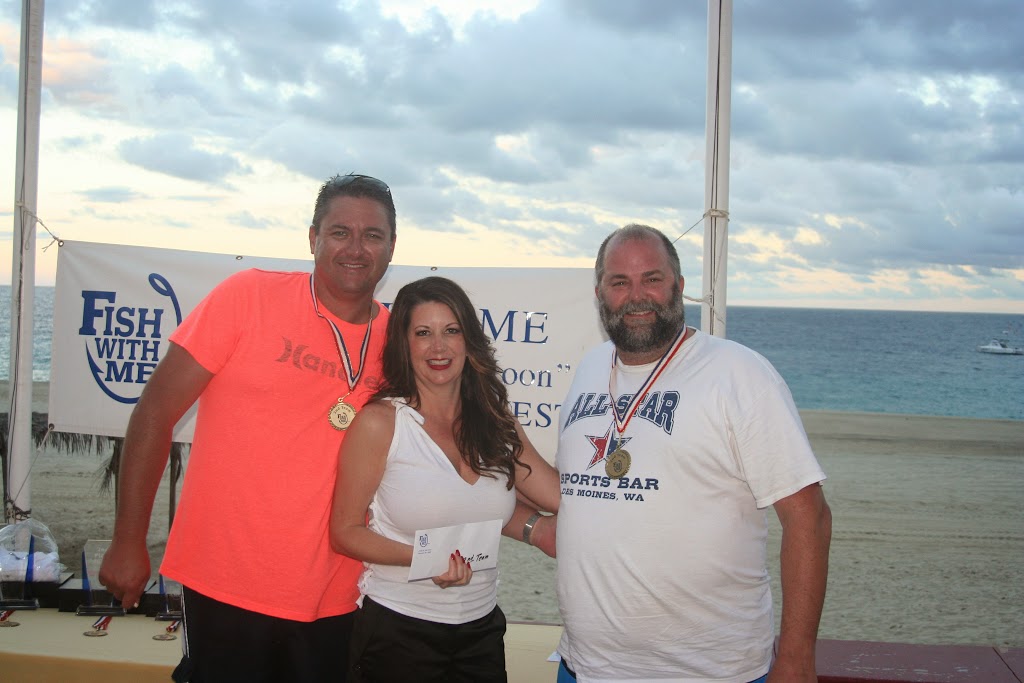 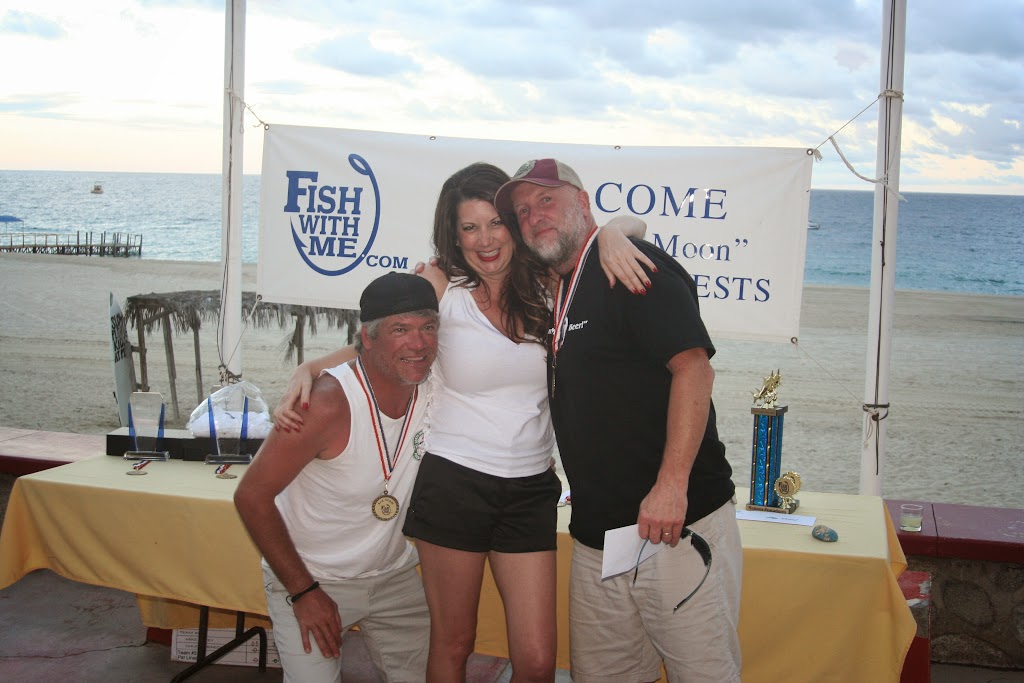 Top Angler honors went to Mark McGavran who caught 2 Marlin and 3 Dorado.  He also captured the Top Rookie award having caught his first Bill-Fish on this event. 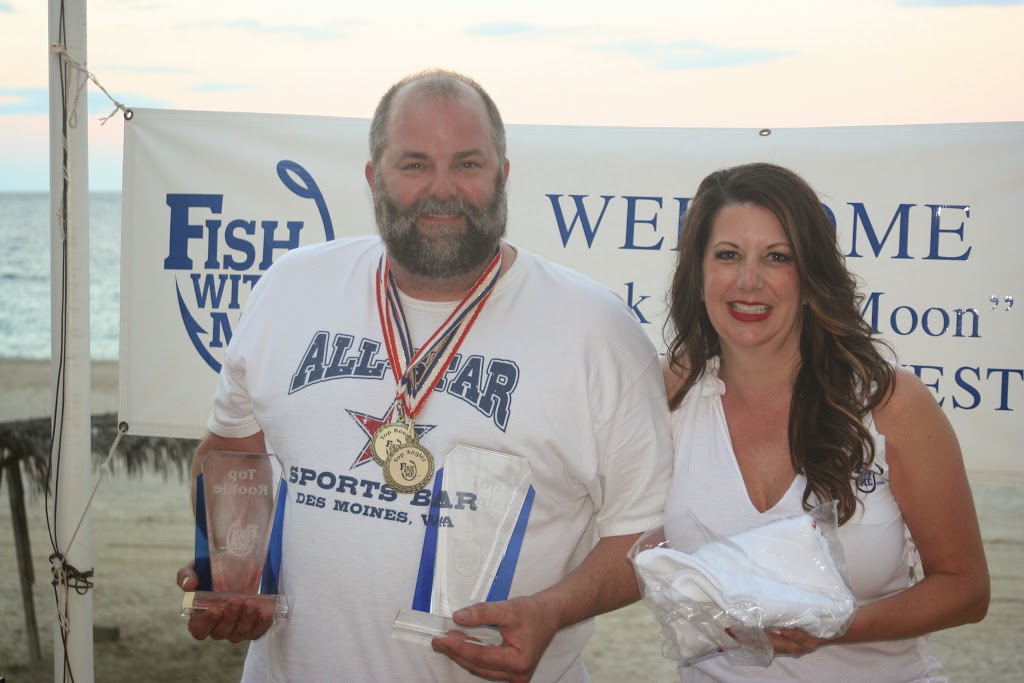 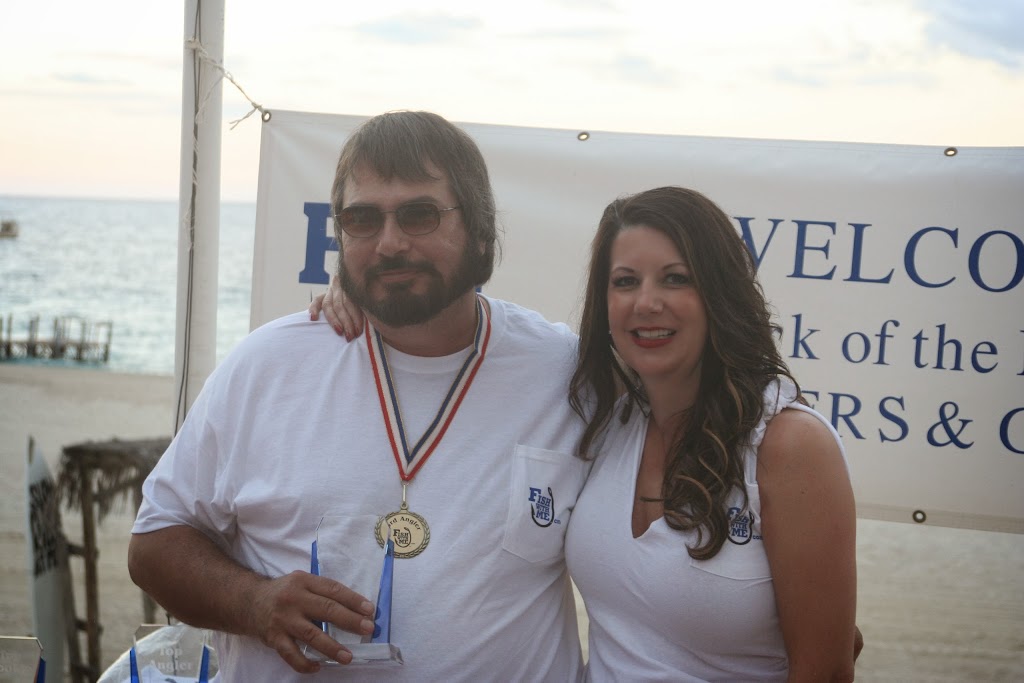 Seven Rookies entered the event and 6 managed to catch their first Marlin or Sail fish. Bill Campbell, Santa Barbara, Ca. was not that fortunate, but he did receive a Gold Reel to take home to  practice with: 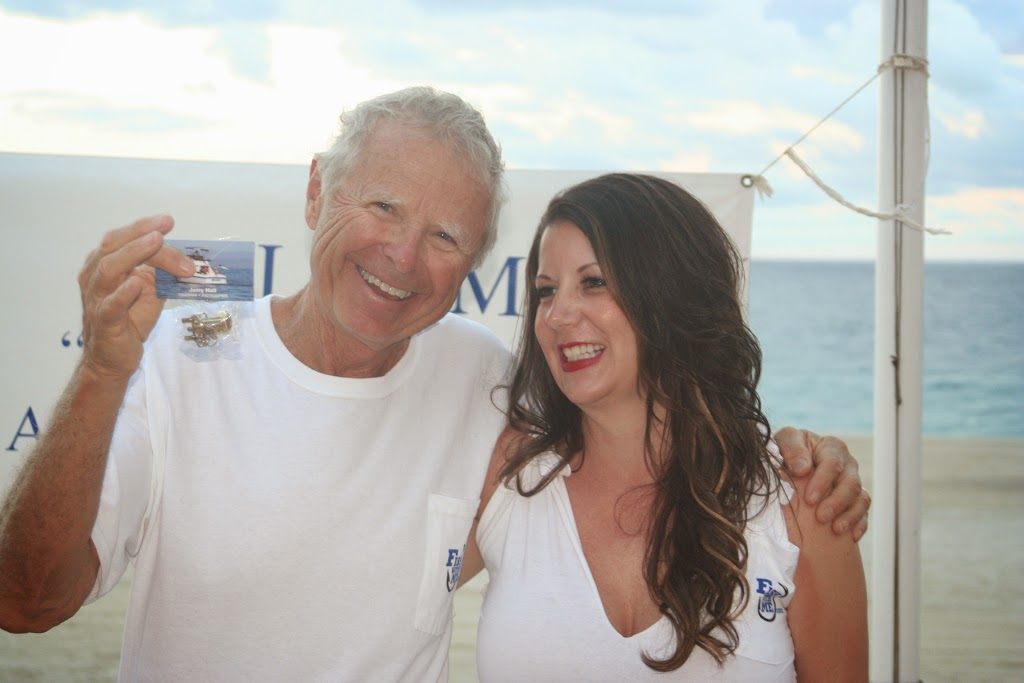 As we closed out the year, Dallas Powell, LaPorte, Iowa, won the free trip in 2014 awarded by the VanWormer hotels while on the June event.  He was also a Rookie Angler then and scored the most points ever by a Rookie angler, 7 Marlin, 1 Sail Fish and the first Yellow-Fin Tuna of the year in these waters — 608 Points.

19 out of 20 Rookie anglers on the last 3 events have caught their first Bill-Fish! Congratulations!